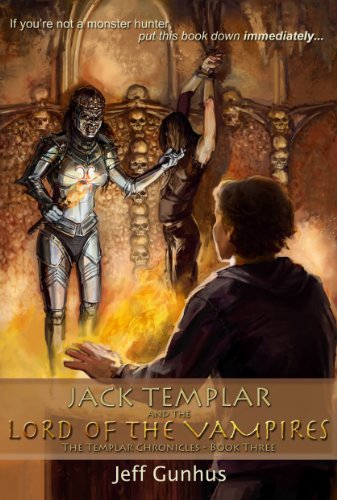 In Book 3 of the Jack Templar Monster Hunter series, Jack embarks on a quest to track down and acquire the first of the five mythical Jerusalem Stones, an ancient power found by his ancestors the Templar Knights. But each Stone is held by a different Creach Lord and recovering them will not be easy. Jack and his friends begin their quest by seeking out one of the most powerful and dangerous keepers of the Stones, the Lord of the Vampires. But true monster hunters always do their duty…come what may. After barely surviving the onslaught of monsters that tried to kill him the day before his fourteenth birthday, Jack Templar leaves his hometown on a quest to rescue his father and discover the truth about his past.

Joined by his friends Will and T-Rex, and led by Eva, the mysterious one-handed monster hunter, Jack sets out for the Monster Hunter Academy where he hopes to find answers to his questions.


Orphan Jack Templar has no memory of his parents and only the smallest details from his Aunt Sophie about how they died. But then a mysterious girl named Eva arrives and tells him two facts that will change his life forever. Jack has only one day before hundreds of monsters will descend on his little town of Sunnyvale and try to kill him.

To stay alive and save his friends, Jack will have to battle werewolves, vampires, harpies, trolls, zombies and more. But perhaps the most dangerous thing he must face is the truth about his past. Why do the other hunters call him the last Templar? Gone would be the weight of the quest to find the Jerusalem Stones and save my father.


Gone would be the impossible responsibility to stop Ren Lucre and the coming Creach war. I could leave all that behind and be a normal fourteen-year-old kid simply by going for a long walk and never looking back. I let out a deep breath and let this fantasy go with it on the morning air. Compared to camping out in abandoned houses and in fields throughout the south of France and into Spain, the threadbare beds seemed like the height of luxury.

The road from the Monster Hunter Academy had been uneventful compared to events before we left. Standing on the balcony, I thought back to the awful day when the Creach attacked. After the Cave of Trials, battling dragons, fighting off the goblin hoard, and watching the black wolf Tiberon transform back into human form and disappear into thin air, I hoped we would have at least a little time to recover before it was time to leave. The morning after the goblin battle, Aquinas summoned me to her tent. I made my way through a small tent city that had sprung up near the gates to the Citadel to temporarily house the students.

The dorms had burned to the ground. Aquinas wanted a deep burial where no Regs non-hunter humans would find them.

Her tent was easy to spot. It was large and round with a pointed center, like a miniature version of a circus tent. The leather flap covering the entrance was open, so I crouched down and stepped inside. The first book, Jack Templar Monster Hunter, was written in an effort to get his reluctant reader eleven-year old son excited about reading. It worked and a new series was born. Jeff is also the co-CEO of a national company with over 4, employees that has been featured in national media for its unique opportunity for college students to learn entrepreneurial skills.

After his experience with his son, he is passionate about helping parents reach young reluctant readers and is active in child literacy issues. As a father of five, he leads an active lifestyle in Maryland with his wife Nicole by trying to constantly keep up with his kids.

In rare moments of quiet, he can be found in the back of the City Dock Cafe in Annapolis working on his next novel. Picking up where the second book left off, this book has answered whatever remaining questions I had. I think this series has also been getting more mature, and geared towards a more mature audience. It's says middle grade, but by this third book in the series, I would say it should be young adult now.


So much action, adventure and violence in this story. I like the ending a ton!!

You know there will be more to come, but there were no loose ends. No cliffhanger.

I appreciated that after all the cliffs I am dangling from in other series. Also like the tidbit the author leaves at the end for the reader, but you have to find out what that is by reading it. This by far is my favorite of the three. My review for book one, Jack Templar Monster Hunter.

The fate of the entire world hangs in the balance. In the last book of the Jack Templar series, Jack and his friends race to stop Ren Lucre before he launches this Creach army against humankind. To make matters worse, the Oracle predicts that one of their group will die in the upcoming fight, and Jack discovers betrayal among those he trusts most. 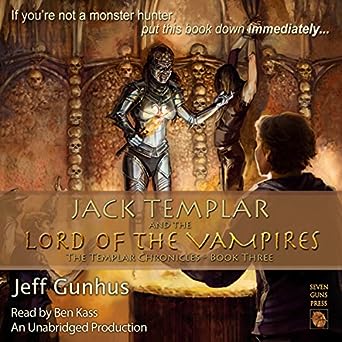 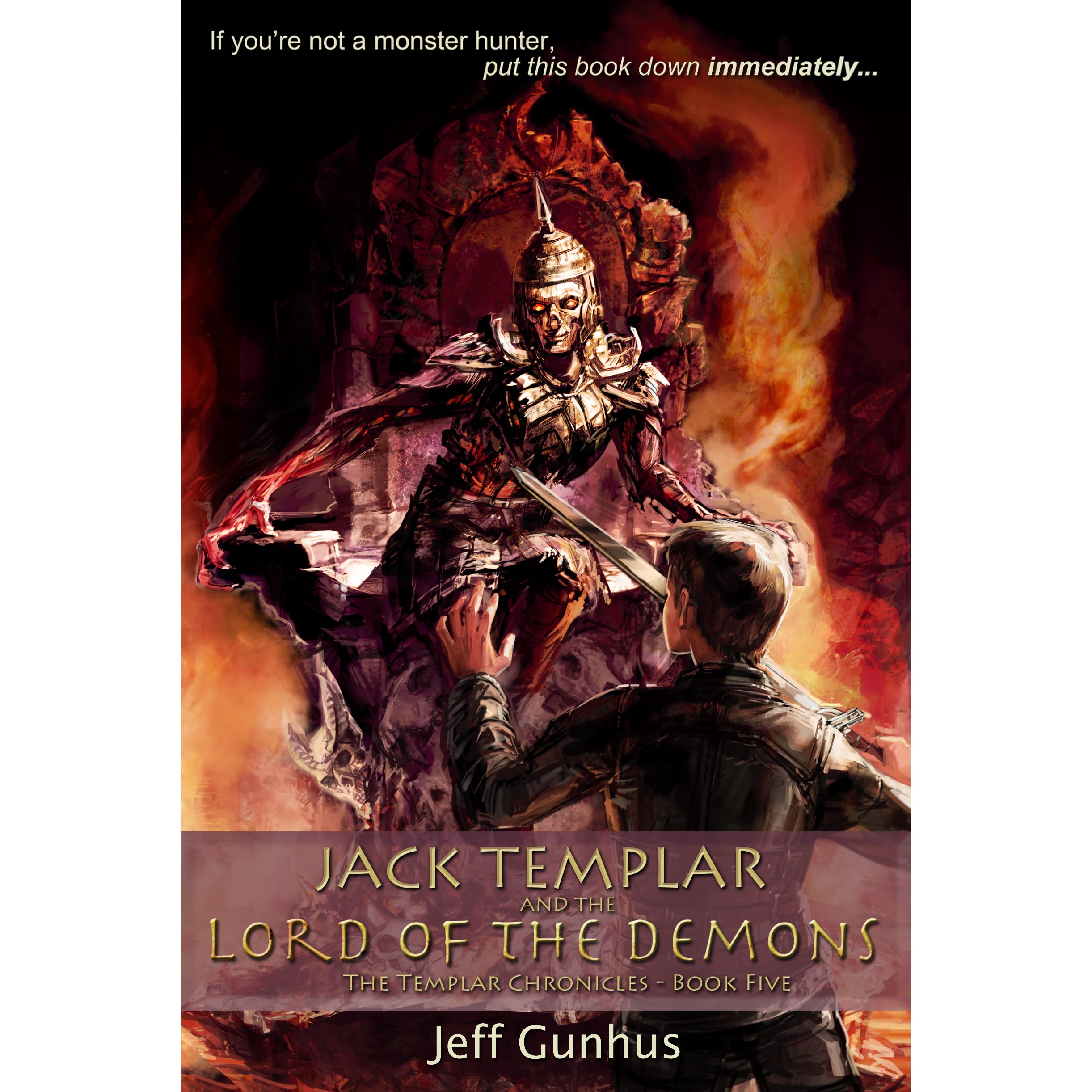